Sean Ellis has authored and co-authored more than forty action-adventure novels, including the Nick Kismet adventures, the Jack Sigler/Chess Team series with Jeremy Robinson, and the Jade Ihara adventures with David Wood. He served with the Army National Guard in Afghanistan and has a Bachelor of Science degree in Natural Resources Policy from Oregon State University. He currently resides in Arizona, where he divides his time between writing, adventure sports, and trying to figure out how to save the world. 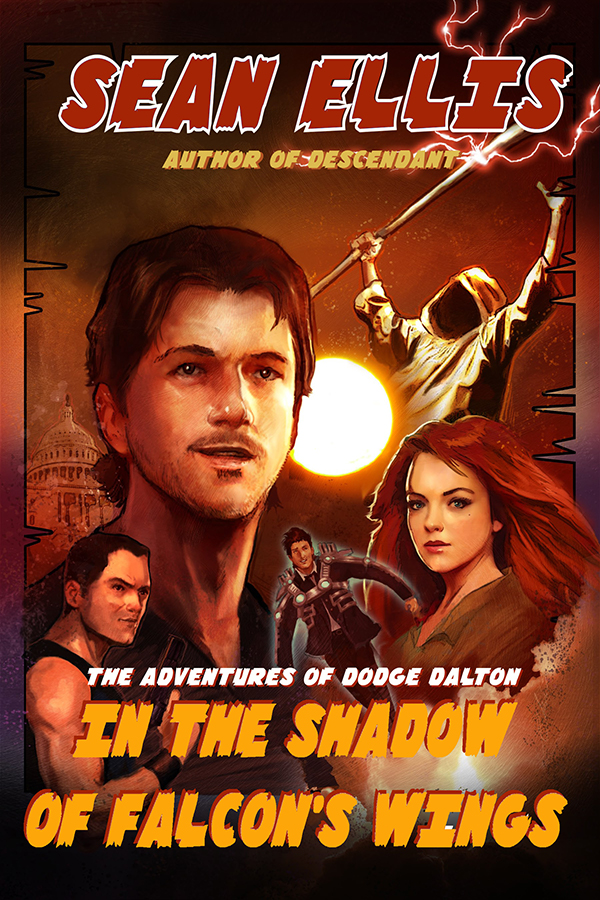 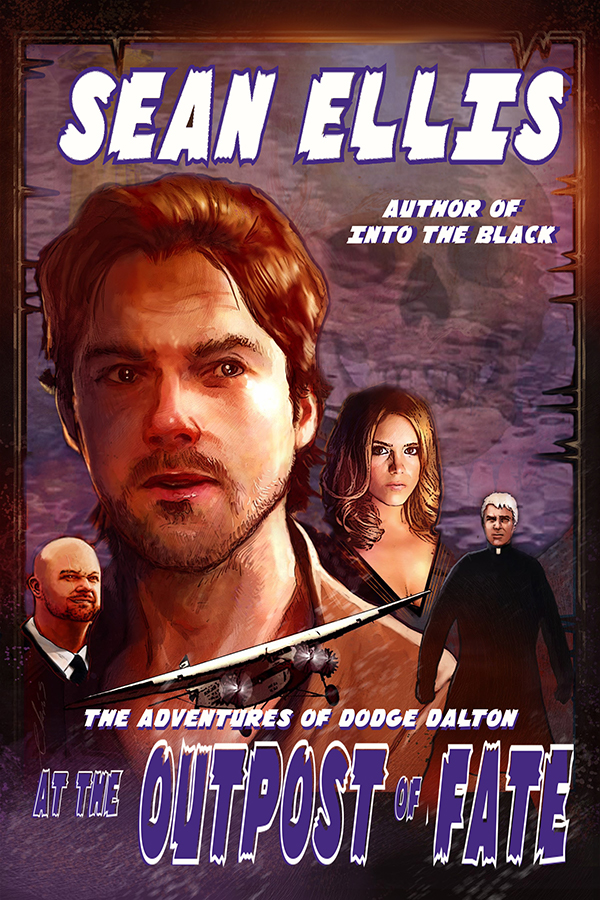 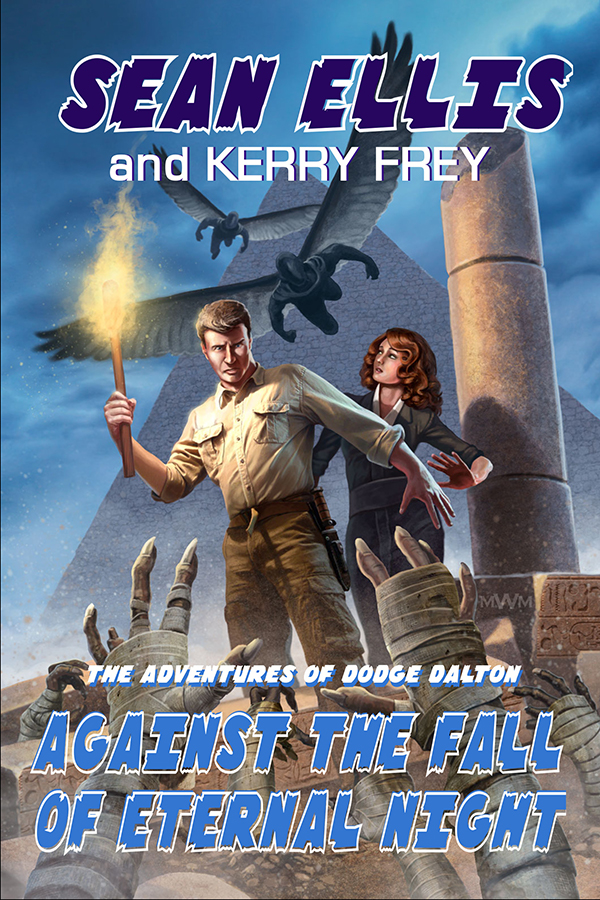 In the golden age of adventure… Dodge Dalton’s stories about the adventures of Captain Zane Falcon have made both the author, and his iconic protagonist, famous. Maybe a little too famous. When a diabolical villain, wielding a fantastic power unearthed in the ruins of a forgotten civilization, kidnaps the president, he has only one demand…a fight with America’s greatest hero. There’s just one problem: Falcon doesn’t exist. Or does he? In order to save America, Dodge must embark on a journey to the ends of the earth to find Captain Falcon, and along the way will discover the hero within himself.

“High-flying adventure at its best. Cleverly conceived, original, and multi-layered, the action literally jumps off the page and takes the reader through unexpected twists and turns.” – Rob MacGregor, author of Indiana Jones and the Last Crusade

A return to the golden age of adventure!

Dodge Dalton’s discovery of an ancient outpost at the bottom of the world made him a hero, but now a new evil has arisen, intent on seizing the power of the outpost to literally unleash Hell.

Guided by a deadly prophecy, a faceless villain will stop at nothing to transform the world into a place of skulls. It’s a race to save the world from the terrible secret that lies hidden…

…at the Outpost of Fate!

“It’s yarns like his that got me into the adventuring game, and I’m delighted to see them still being penned.” – Gabriel Hunt, author of Hunt at the Well of Eternity

The Golden Age of Adventure has a new champion!

Twice before, Dodge Dalton proved himself a worthy heir to the heroic Captain Falcon, but saving the world has been more costly than he could have imagined. The scars of that sacrifice have only just begun to heal when disaster strikes again. Dodge’s friend Doc Newcombe has been kidnapped by a gang of terrorists who plan to use his scientific expertise to build a weapon capable of destroying entire cities.

To save his friend, Dodge will have to unravel a web of intrigue where no one can be trusted, face off against enemy spies trained in the ancient arts of stealth and assassination, and travel to the very gates of Hell.

Dodge Dalton has emerged from the Shadow of Falcon’s Wings…

He survived the Outpost of Fate…

But is he ready for the dangers that await on the High Road to Oblivion?

“Anyone who grew up reading adventure stories from the pulps will relish Ellis’ affectionate evocation of the era and his unapologetically old-fashioned storytelling. It’s yarns like his that got me into the adventuring game, and I’m delighted to see them still being penned.” – Gabriel Hunt, author of Hunt at the Well of Eternity and Hunt through the Cradle of Fear.

The time is near. The prisoner has returned. He will destroy everything.

Dodge Dalton was warned. A malevolent entity, bent on destroying the world which has become its eternal prison, seeks an ancient relic, lost in the sands of the Egyptian desert… a relic with the power to tear down the walls between worlds.

Dodge races across the globe, battling Nazi agents and deadly winged assassins, but to defeat the enemy he will have to make a terrible choice: Sacrifice the love of his life, or watch the world fall into eternal night.